Tonight was Watermelon Night with Luke's class. They had cut out and colored a cute little rhyming book about watermelons, and so we read it as a family while we ate our yummy watermelon.

I chatted with Luke's teachers and became even more encouraged about what a great year we're going to have! 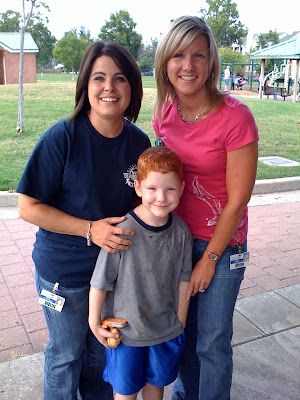 These two have been team teachers for 10 years now! They are so incredibly cheerful and obviously very driven to see their students succeed. Luke enjoys going to school so much and he loves coming home to do his homework every night. I know this won't last forever, but its nice now!

We also played at the park for awhile during the event. Jack is becoming much more adventurous... 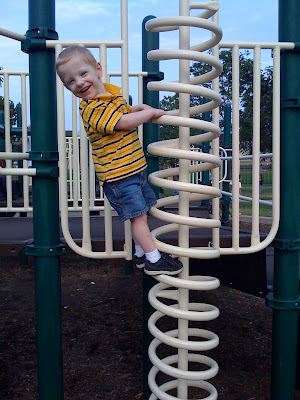 The kids all had a blast! Tomorrow night, Beau's Pre-K Family Picnic! 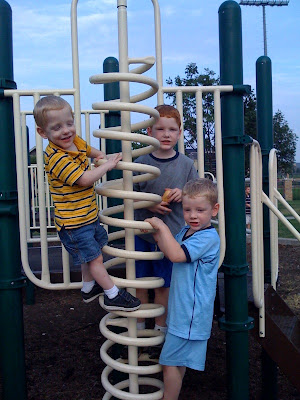