Tonight started out like any other night. After dinner, we took a family walk like we do every night. When we got back, Clint started watering the garden and the boys were playing in the back of the truck. What began as joyful frolicking soon turned into a dire situation. 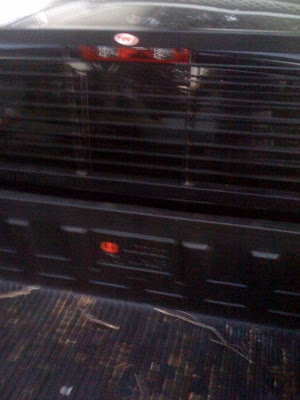 Beau was playing with his Batman on the top of the truck when suddenly, it slipped out of his hands, in between the truck bed and the back window. Batman did not fall through to the bottom. He appeared to be lost forever. 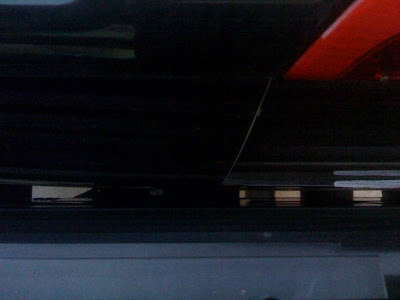 But wait! Dad came to the rescue! He climbed under the truck, and reached into the dark crevice, searching into places no one else would dare put their own hands. 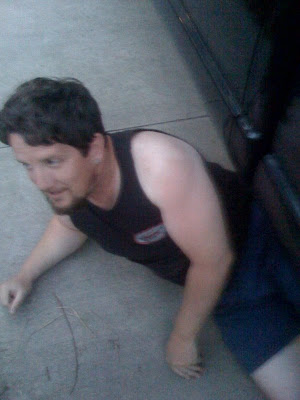 And just when we though Batman was lost forever (or at least until the next time I got going pretty fast down the road), Dad found him! 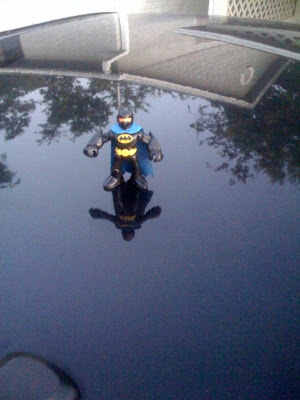 Beau inspected Batman thoroughly. He made sure that Batman didn't have any scratches. Batman had a wet cape, so Beau sniffed it, and proclaimed that it was okay, but that it smelled like "Poop water", to which Jack said "Let me smell!" and he concurred with Beau's previous statement by shouting "EW!".
Afterwards, the victorious father started to scoot out of from under the truck, and all three of his grateful sons came to help, or so it seemed. As Luke and Beau got by each arm to help pull him out, Jack took this opportunity to exact revenge for some previous occurence on Dad, by slapping him in the face. Not shaken, Dad emerged from under the truck and all was once again well with the world.

HAHAHAHA. That is so funny, he slapped him? HAHA!

Cute! Happy Friday to you! Enjoyed reading your blog. Keep up the good work!
Kas